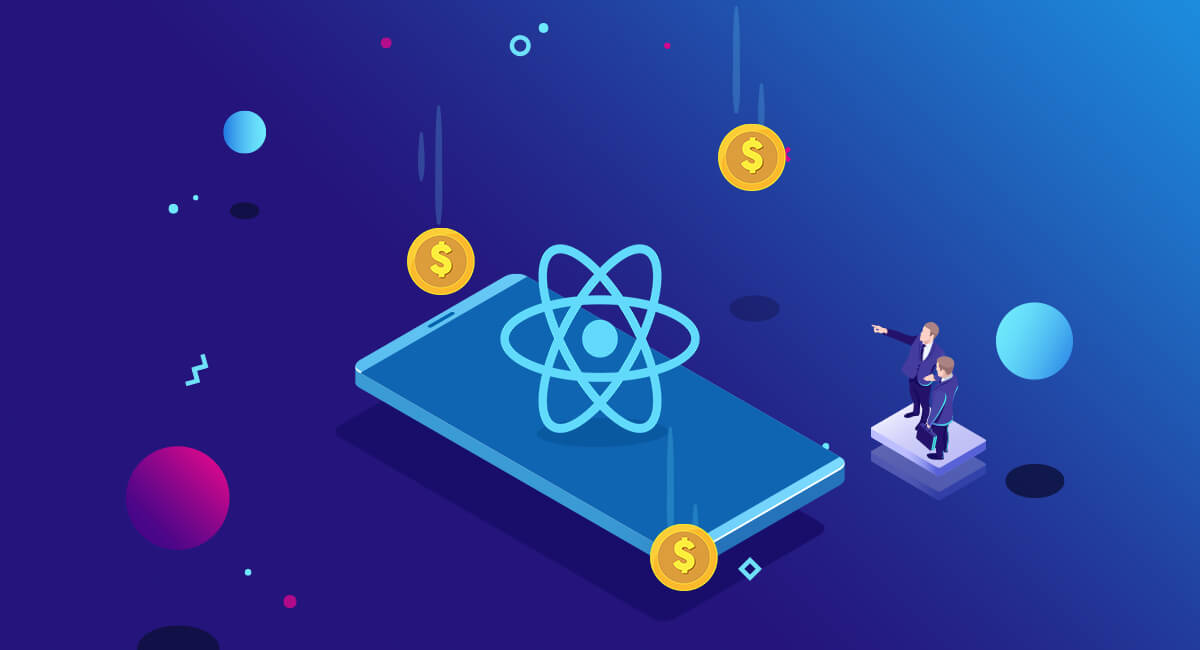 The eternal presence of 4G technology and the beginning of 5G Wireless is relentlessly offering mobile users a fast access for acquiring information. This induces the focus on some businesses to build a seamless mobile app experience for their customer base. In practice, developing a similar kind of application without doubts requires the help of a powerful app development framework to be approved.

And thankfully React Native is available for mobile app developments with great regards proving its reliability and features compliance for building Android, iOS and Web Apps. Prior to mention the solid reasons, for selecting React Native Framework it should be appropriate to first understand what is React Native.

Why use React Native for developing a mobile app?

We have given below the 10 strong reasons for selecting the React Native Framework for mobile app developments:

If you are a start-up company then the cost expenditure is going to be of the utmost importance which needs to be controlled and monitored. And the primary goal for many of the businesses is to get richly profited at a quicker time and survive the market competitions.

React Native allows for faster development of a mobile app that can withstand to all types of rigid performances. It also influences the hybrid app development company’s decision to hire a React Native Developer and further continue to work under tight budget constraints.

2. One Solution for Cross Platforms

Get a clear notion and plan built for React Native cross-platform app development and further assist developers into performing complex tasks through adding a simple program code. Eventually, this framework makes use of Facebook’s UI library for an easy way to implement and execute ReactJS scripts. This gives developers quick access to Live Reload feature of React Native Framework while they are seriously into real-time coding and designing applications.

The React Native Framework is accurately interfaced to join every fragmented module along with the UI code overlays. This allows even the novice app developer to easily understand the alignment of codes that’s run by the website app. It gives an edge for the mobile app development company to eliminate the overhaul of employing a core development team.

The react native developers can efficiently design the UI that greatly pretends to be like a JavaScript and thus reduce the developer’s effort expended in working within a framework. In addition, the react-native provides a studier pattern for building the UI in order to work smoothly every time responding at a flash. Developing the mobile app is lot easy now for the developer who’s solving the programming complexity utilizing the React Native Framework.

5. Guides the Development utilizing the Primary Code Base

The basic style of programming is constant and does not vary for Android or iOS app developments. It means you can make use of the primary code base to deploy them across the different mobile OS. Moreover, the developers do not have to make any decisive changes in the react-native framework when recompiling the cross-platform app.

The big advantage you get when opting for React Native is the full support for mobile app developments and to progress further with the existing iOS and Android applications. The Hybrid App Development Company can now relax without having to acquire any additional knowledge in Swift, Java or C++ languages for cross-platform mobile app developments.

However, it mandates for hire of react native app developer possessing qualities like working with native UI libraries, API and hybrid app developments.

The basic architecture of a React Native app development responds to every sort of compilation with detailed extensions given for native platforms. Also, it can work fastidiously above the WebView system components and entertain the hybrid app developments. Moreover, all the developed codes in React Native are modular in nature and can be migrated to either android or iOS platforms. Independent of a mobile OS version the React Native Framework works efficiently over multiple versions flawlessly.

Naturally react-native possess the compatibility edge of including a variety of third-party plugins. Beyond this it provides a smoother run-time environment consuming only a less amount of memory. React Native is a hi-tech framework consisting of diversified modules that enable third party plugin integration pretty easy.

It is also the reason for React Native to surpass the WebView and then connect intricately with any module to a specific plugin. When developing a mobile app utilizing react native you do not have to create the cross-bridge link or even store the program code while the app is running.

React Native is certainly pro-efficient at mobile app development services and undoubtedly has the future which can reliably sustain a decade to go ahead. It provides a user-friendly manual that can timely assort the framework conveniently for the benefit of a hybrid app development company. Both the React Native and Community is vastly developed to advanced stages that it permits delivering plenty of solutions to different kinds of problems.

React Native is strictly limited by a single coding process that is more than sufficient for fixing bugs either in Android or iOS apps. Its benefit towards resolving bugs and producing app updates is well known for quite a while and least it is among the maximum leveraged framework in the enterprise market for mobile app developments.

The React Native Framework gives app developers a world of opportunity to utilize the platform dedicatedly and then keep tabs on the available memory spacing to build stronger enterprise-level applications. Hence, the utilization of primary codes offers this Framework a definitive edge for developing applications across mobile OS.

We have this article written to answer to all your doubts regarding React Native and its core purpose that relay genuinely in Hybrid App Developments. No sooner you should get clear about React Native Framework and then understand to why businesses are desiring this framework for developing their mobile apps.

Vignesh - Working as a Digital Marketing Executive at Way2Smile with having a proven history of working in the information technology and services industry. Currently into helping Startups & SME's to achieve their success through custom mobile apps & web apps.

Interview with CEO of The Pillar – News Portal & online publication