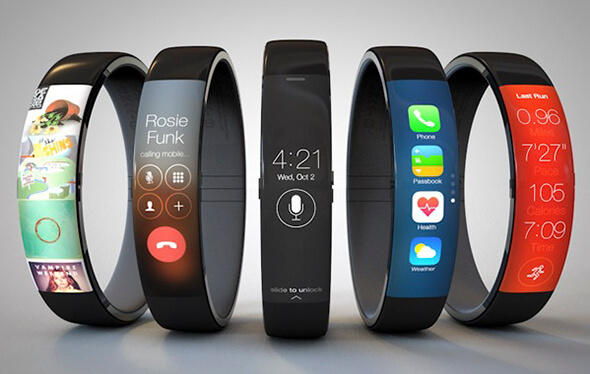 One needs to focus not only on the programming aspects to add functionality to the Apple Watch but also focus on the structural aspects such as the touch functions and visibility criterion. The design has to follow the Apple Watch Human User Interface Guide which is the basis for all prototypes and concepts involved with the watch.

Structure of the iWatch

The iWatch has a touch-sensitive screen with a pressure sensitive touch included. This helps to distinguish between touch and hold. The digital crown on the side of the watch helps in the scrolling, zoom, and pressing a button. The iWatch is a stripped down version of the iPad.

Design criterion for apps on the iWatch

The first thing is to make the icons for the apps in a way it reflects the function. This helps the user find the apps without remaining confused about what each icon does.

The use of circular buttons remains preferred for the apps. This is because the finger contact will be better if you use circular buttons rather than square buttons. If the buttons are square shaped, the distance and the dragging movement of the user will be towards the next button and so the contact will not be effective.

Use of good typography remains advised. Why is this? If one uses fonts that are not recognizable with ease, then there is the chance that the functionality remains lost. By using clear and concise fonts, the user will be able to manipulate the functions of the iWatch in a good way.

Plus, the color usage should be aesthetically pleasing. At the same time, the condensed letter spaces must occupy the least amount of horizontal space. And, the developer must try to limit the choice of the font to one single type since the use of too many fonts will make the space cluttered.

Predictive intelligence, based on parameters like behavioral awareness and proximity sensitiveness, is useful for the user. They get the next screen without having to press or swipe too much. One case in point is the Foursquare app that remembers locations and previous landmarks to give you unobtrusive notifications when it finds related matter.

Another is the anticipative response in the iMessage apps where you get more than one button with the appropriate responses in answer to standard questions. Glances are optional in the Apple Watch. The user activates this by tilting his wrist to look at the watch. Many options occur when he taps on the glance icon, also you should call iWatch apps Development Company.

The behavioral concepts that govern the design remain oriented towards diversity. You do not have much emphasis on the manipulation of behavior. Technology must create the right change in habits and this principle remains reinforced in the design concepts of the iWatch. Apps must follow the guidelines and strengthen the personality of the person wearing the watch.

I have been working for more than 6 years as a digital marketing specialist and have helped various Enterprises with their SEO, SMM, Content Writing, Content Marketing, Digital Marketing, Email Marketing, Growth Hacking, etc.Submit your Next Guest Post for mobile app here.