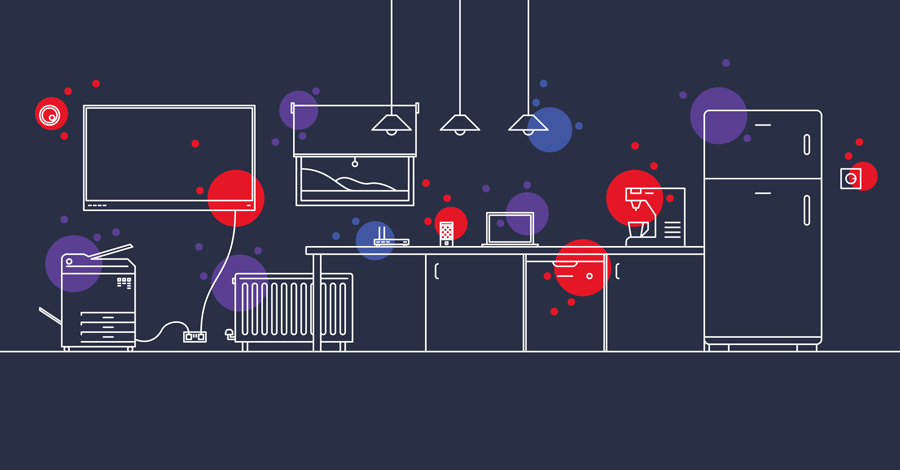 But, when companies opt for IoT to empower their business growth, the ultimate security to IoT is a must need. There are certain reasons which make IoT security a matter of high concerns;

Hence, when implementing IoT, its security should be taken care of all the time. The attempt to undertake security issues regarding IoT devices is essential for secure business operations. And, recent research has revealed that blockchain plays an important role to resolve security concerns for the Internet of Things.

This blog focuses on how blockchain offers the ultimate security for IoT. But, before we move further in the explanation, let’s understand the basics.

Blockchain is a database that manages a continuously evolving set of data records. Blockchain spread in such a way that there is no master workstation holding the entire chain. Instead, the participating connections have a copy of the chain. It is also ever-growing data records where no data is erase at any point. So, it’s easier to fetch the previous history with accurate details. A blockchain mainly consists of two types of components:

How Blockchain is Boosting Security?

Have a look a the ways in which blockchain technology is resolving security challenges for IoT.

Generally, blockchain integration with IoT devices, a sender digitally signals the message before sending them to other devices. The receiving device then gets a public key from the ledger. It is being used to verify the digital signature of the received message, and this is how the data is being securely communicated with the technology. Have a look at how the user authentication process works:

IoT devices ought to communicate to exchange data needed to process a transaction and to save it in a ledger. Ledgers can also be used to save encryption keys to make the exchanges more confidential. IoT device addresses an encrypted message by applying the public key of the destination device, which is later stored in the blockchain network.

The peer-to-peer network of the blockchain makes it simple for parties to confirm the validity of a transaction without the need of a mediator, such as a lawyer or a bank official. The use of smart arrangements is already occurring. Companies are now focusing on using smart contracts to ease and verify the validity of all transactions.

For instance, UniquID identifies IoT devices while they are offline through smart contracts and blockchain technology. IoT service providers emphasize employing smart contracts to verify the inputs and outputs of industrial machines using a blockchain to allow devices to execute contractual agreements on its own. This is how IoT devices offer secure transactions without a need of an intermediary.

Blockchain technology is essential in establishing a trusted and secure configuration for IoT devices. Features of IoT including configuration details and the last version firmware validated can be hosted on the ledger. During bootstrap, the blockchain node is must to get its configuration from the ledger. Then the configuration encrypted in the ledger to anticipate the discovery of IoT network topology or its properties by dissection of the data stored in the public ledger.

With the secured network of IoT devices with a blockchain network, the system gets decentralized, in which there is no sole authority that can approve any transaction. Every device will have a copy of the ever-growing chain of data for security purposes.

In short, there is no doubt that IoT is leveraging business growth. With the increased growth, the security concerns for IoT devices are raising. If the Internet of Things is secure with blockchain technology, it can perform better actions for businesses. From securing the communication to remove intermediator for a transaction, blockchain is vital to resolve security concerns for IoT.

Voice of the Customer(VOC) technology is the new gateway to the improved healthcare industry. Know-how

Best Evernote Alternatives You Should Try in 2020

WhatsApp Changes Everything With Its New ‘Status’ Feature