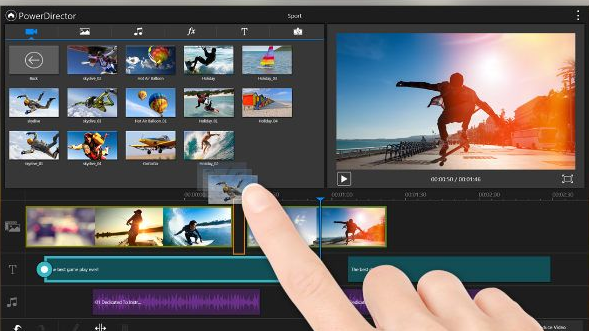 10 Best Video Editing Apps or Android – Everyone should Know That

This is the generation that prefers video content online rather than any blog post for grabbing information from the internet. Videos can be used for any kind of purpose, like for entertainment information, tutorials, etc. In a world where everything is available on youtube.

Youtube has faced huge traffic over the past couple of years. Due to this, there is very high competition between the video/content creator on youtube. Therefore everyone needs the best video editing app for their videos to look more attractive and appealing to the viewers.

Video editing apps are the apps which allow the editing of the footage to give it some special effects. This is done in order to enhance the quality of footage and make the video more clear about what the creator actually wants to display to the audience. All the apps discussed here have been picked, keeping in mind the android phones.

Almost every video editor available on play store for mobile phones has the basic features of themes, transitions, and effects. When editing the video for the business purpose, it’s better to have no watermark. Thus these are the particular features editors look for it the video editor apps. Some of the apps discussed here are free while some have the monthly subscriptions, or you need to pay for their use.

It is a free app that allows the addition of multiple videos, transitions, filters, effects, and music to the video. It is also equipped with the feature to remove background and allows shooting on a green screen. The app is entirely free and available on the google play store. You need to go to your play store and type “Power Director, “and the first app in your search will be the Power Director app. Click on install, and it will start getting installed.

Filmora go  another simple and easy app with a very easy interface. It is equipped with many features such as Trim split crop rotate and even add music to the video. Everyone has a feature of voice-over  ( that is adding voice to the video after shooting it. One can even add titles and subtitles. Audio filters and speed adjustment are the  Remarkable features of this app. The interface of the app is user-friendly and easy to use.

Alight motion is easy to use video editing app, which allows setting up the aspect ratio and the editing of  4K videos as well. Not just this, you can even set the frame rate along with the basic type of features of blur distortion move transform visibility and all It’s not free one needs to have a monthly subscription of the app.

The Action director App has many features such as flip, rotate, and trimming of the videos. This app also has a feature of Slow motion, and You can even control the speed of the video (increase or decrease the speed) and forward, back or reverse the video. Even it has the option of color grade in order to change the color.

It’s a paid app that is you need to pay for the app.

Clash Video Editor provides cloud storage of 5GB. You can even take the snap of the frame of the videos in it. One also has the option to add the effects and make corrections such as saturation level, black and white.

Kinemaster is a very easy to use app which can be used by the beginners to edit  Their videos even when they have no knowledge of video editing. One can easily add effects and fonts into the video footage. The app is available for free on Play Store. The premium version of the app has more specifications.

You can purchase the premium version of the app, and then you can unlock all the features of the app easily. The interface of the app is not simple but not too complicated as well, and it’s moderate. Initially, you can find it a bit complicated, but once you get used too it, you will face no difficulty. The paid version of this app is called “Kinemaster Pro.”

vlog is specially made for the vloggers and YouTubers. The remarkable feature of this app is that you can even edit and export YouTuber’s HD videos in it. It’s a completely free app available without a watermark. Along with basic features, it has features such as adding videos into the video voice over. It’s available for free on Google play store. This app is also straightforward to use, and the interface is also user-friendly and without any complications.

VivaCut has Invoice-over many features such as splittingg up of the video and formatting even the smaller timepieces in order to get a professionally edited video.

Not just timepieces many more basic features such as background, canvas, duplication, stickers, texts, effects, and many others.

Vivacut app is wonderful though its a paid app, but when you start using it, you will know that it is worth paying for it.

InShot is simple and easy to use app which can be used to have quick editing of the videos. It has ample options for color corrections, themes, and the filters that can be used over the videos. The best thing about the app is that it supports almost all video sizes and formats for editing.

Equipped with the features of video cropping,  trimming and merging. This app is available for free. It has a watermark, but that could be easily removed just by simply watching the adds in the app. They don’t charge you up for removing the watermark on your video. Watch a short advertisement, and the watermark gets removed. It’s easily available on google play store. Install the app and edit some amazing videos.

Along with that, it shows the pass of the audio of the video in order to adjust the audio according to the video.

Add extra files into the video footage such as video clips, images, and even audios. It will help feature of overlapping of videos. It is not available for free you need to have a subscription. Fe nature of the app that when you are going to install the app to get to know whether this app is compatible with your version of android or not.

These were the top 10 video editing apps of 2020. Most of them are free, and you can easily use them for basic editing of your videos. Some apps of this list are paid for their special features, and they are worth their price. You can edit your videos in an absolutely professional manner, and you will get amazing results.

These apps can be used for any kind of video, let say a cinematic video or a vlog or any other. Now it is on you which apps suit you. You can also check the interface of all apps and then choose the best one for you so that your time can be saved in understanding the interface of the app.

Maria Baeza is a Content Marketing Manager at Top Mobile Tech . It is a blog where I cover all the tips & tricks related to Mobile and more related to tech. Stay connected to the rest of the world with Top Mobile Tech.

Which are The Top 7 Best Relaxation & Meditation apps of 2021?

Interview With Ganesh Verma Founder and Director at MoogleLabs

How to choose the best cricket betting websites in India

How to hire the Best ReactJS Development Company For Your Business?

What are the top 5 differences between typescript & Java Script

MilesWeb Review 2022: Everything You Need to Know ?