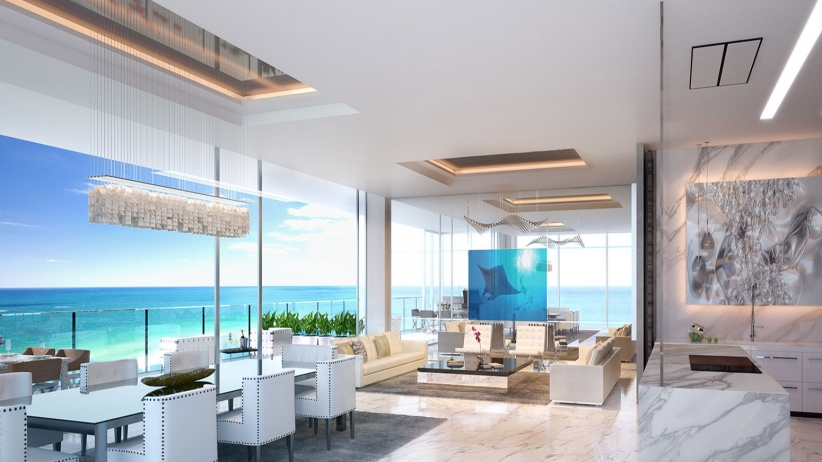 The Next Big Opportunity for Tech Entrepreneurs? ‘Smart’ Homes

The role of technology in the home has changed drastically in recent years. We’ve come a long way from the kitchen wall phone and desktop computer, in an era when smartphones, tablets and wearables dominate the scene. The newest wave comes from the internet of things (IoT), and today’s offerings are raising the bar on what makes a device “smart.”

Increasingly, “smart” means safe, in terms of security and health. Joe Colistra, architect at the Center for Design Research at the University of Kansas, was recently profiled in The Atlantic on his vision for a smart home that safeguards occupants’ well-being. Such updates include motion-sensing walls and force-detecting floors that notice walking problems in senior citizens. Another update: “smart toilets” that analyze biochemistry and report to doctors on the user’s health.

With technology redefining home life in these ways, now seems like a ripe time for entrepreneurs to get in on the action. But, with the new terrain comes unforeseen pitfalls, so those looking to make that leap would do well to watch where they land.

The pitfalls possible with “smart” homes

Soon we will expect more and more from our homes in terms of safety and health monitoring, energy efficiency, convenienc, and other domains. But the path to success for entrepreneurs requires the safe navigation of some new terrain.

Take those smart “healthy homes,” for instance. More than any group, seniors would benefit, but they aren’t typically early adopters. Many will be reticent to install the sorts of sensor technology necessary — not because of cost, but because of security.

And there’s good reason for that: It’s already bad enough that our webcams could be spying on us; we surely don’t want our entire houses to be informants to some unseen hacker or corporate bad actor.

Smart home artifical intelligence needs to be designed to recognize uncharacteristic network traffic from every connected device in a home, acting as a tipoff for bot network shenanigans. Luckily, that’s not difficult: It’s instilling the “security first” mindset into developers and entrepreneurs that takes the most effort.

For those who can establish the right approach to security and data sharing — and back it up with truly innovative and robust practices, there is a tremendous future ahead.

With an explosion of population growth, tech offerings such as robots, IoT devices and energy-efficient updates will be important ways the economy and infrastructure can support society.

Consider my own company’s home base of Miami. With the Port of Miami getting a $2 billion expansion, and once a multibillion-dollar expansion of the airport is complete, the city can expect even more travelers and commerce in coming years. But that influx will ultimately increase the human density in downtown areas. The city’s residences and businesses will not be able to effectively handle that increase without IoT and better automation.

Entrepreneurs should take note: Big problems present even bigger opportunities, and Miami in particular is blooming with exciting new tech in this sector.

Thankfully, these opportunities for smart living spaces are already on their way. The Muse Residences in Sunny Isles Beach, condos designed in collaboration with Deepak Chopra, and scheduled to open this year, will feature facial recognition, robotic parking, features for optimization of our sleep cycles, window shades that adjust to the sun’s brightness and other aspects that promote overall wellness.

The firm will include prototyping labs and VR/AR labs that will allow companies to prototype on site while enjoying support, special access to funding for their startups, introductions to lenders and access to other smart development startups for collaboration.

The tide is already coming in for these smart living developments. For entrepreneurs looking to be part of this movement, these few steps will help lead to smoother sailing:

1. Leverage the protective instinct. From parents with young children to businessmen concerned about elderly parents when the latter are travelling, people worry about their loved ones’ safety. And, with threats such as the Mirai malware which turned IoT devices into unwitting accomplices in large-scale attacks, nailing down security concerns should be at the top of any entrepreneur’s list.

Apps have worked in this space for some time, but there’s a lot of room to grow. So, entrepreneurs can “do well by doing good” and focus on smart home products that keep occupants safe — including safe from the products themselves.

2. Seek innovative architects and industry experts. Integrating smart-home technology starting with the design phase is much easier than is retrofitting. Often these architects, such as the late Zaha Hadid, are known for their breakthrough designs, and their names increase trust from homeowners.

Likewise, chances are that you may not understand the housing or development industry if you’re a tech entrepreneur. Imagine selling thousands of square feet of “smart flooring” to contractors, only to have it returned because it doesn’t match the city’s code where the contractor is located. To avoid this problem, get those who know the ropes of the home development game in your corner from the get-go.

3. Consider a licensing-based business model. Housing is heavy on regulation, requires you to hold inventory and puts you up against entrenched players who know the game better than you ever will. Instead of playing on this uneven field, consider patenting a product and then licensing it or generating royalties from it. This allows all the innovation and profits, with none of the hassles of the housing market.

Google just launched a service, Google IoT Core, which allows startups to connect all IoT devices to a single cloud layer. It only collects data from these IoT devices — it doesn’t offer a way to build applications that leverage AI or trigger actions.

But by adding in a layer such as Losant, it’s fairly easy to complete one-off AI tasks, such as connecting to IBM Watson’s API to perform speech-to-text. This approach allows the company to get into the game from a safer regulatory distance.

Everyone wants to live a healthier and longer life, but the last thing the world needs is more snake oil preying on people’s fears. Fortunately, there’s no shortage of legitimate applications for this technology.

The time of the smart dwelling is upon us. Soon, many of us will be living this way and bbe benefitingin terms of healthier lives. But those entrepreneurs who start now may benefit most of all. Are you up for the challenge?

She is an Editor of App Story and. For the last seven years, she has been contributing to leading On Demand app development company and online publications, including, App Story & CEO Interview Platform, Dataflow, Dzone, B2C etc. At the workplace, she is admired for her team management skill. She leads a team of 20-something creative writers and designers. Submit your Next Guest Post for mobile app here.

10 Smart Home Apps That Make You Want the Apple Watch

eSIM : a new era for the mobile ecosystem and its advantage

How AI, Machine Learning and Automation will Impact Business in 2021 and Beyond

8 OTT Streaming Trends to Watch For in 2021 and Beyond