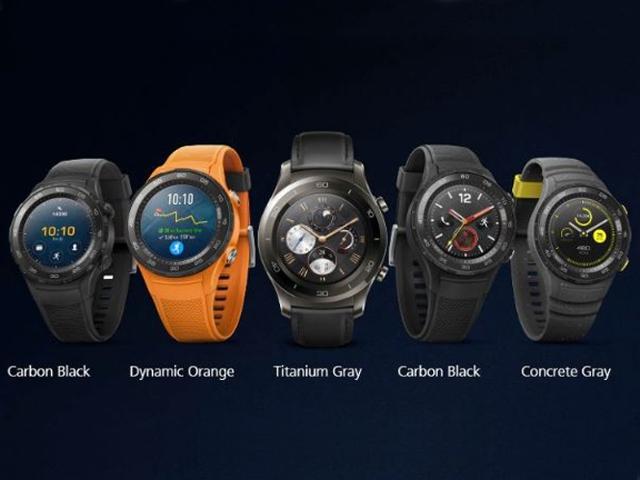 The Huawei Watch 2 models feature ceramic build with rubber straps. They also have dual crowns for ‘better navigation’. One of the variants can also support a nano SIM card for independent data connection. This means that using the wearable people can make independent calls, send messages and more without being in constant connection with the source device. Huawei Watch 2 also support Google Assistant.

The Watch 2 models includes connectivity options such as NFC, Wi-Fi, Bluetooth and GPS. The company claims that the wearable device is the world’s lightest smartwatch with 4G LTE support.

In addition, the Huawei Watch 2 comes with IP68 rating, which makes it dust-and water-resistant. For fitness freaks, there’s a heart rate sensor as well along with a dedicated Training Coach.

Furthermore, the new wearable device has Android Pay support. As for the battery, the smartwatch is said to run for up to 2 days on ‘normal’ use.

As a refresher, Huawei launched two smartphones along with the aforementioned smartwatch models. The company’s Huawei P10 and the P10 Plus largely share the same specifications except for the battery and screen size. The P10 Plus additionally supports 4.5G LTE connectivity.

Huawei also introduced the Watch 2 Porche Design but did not reveal the price and availability at the time of the launch.

The Watch 2 models also include other connectivity options such as NFC, Wi-Fi, Bluetooth and GPS. The company claims the wearable device as the world’s lightest 4G LTE supporting smartwatch.

5 Apps to Increase Work Productivity In 2019

Apps That Every Businessman Should Know About

Food Travel: 8 Apps & Tools You Need to Have